The Bialystok region has always been a kind of melting pot where the Poles, Belarusians, Ukrainians, Lithuanians, Roma, Tatars and Jews lived together. In fact, they still coexist peacefully, which makes the region incredibly fascinating, but there’s one community that is missing here annihilated during the war – the Jews.

Poland was the second largest Jewish community in the world before the outbreak of World War II in 1939 with the population of  3.3 million Jews. At that time the Białystok region was the part of the Grodno Province where 350 000 Jews lived, worked and took part in religious, cultural, economic and political life. Many small towns and villages were partly or preponderantly Jewish communities with their own markets, small shops, bakeries, groceries, chemists, etc. Due to Jewish economic activity those towns were thriving and soon became trade centres. After the war thousands of Jews who survived the Holocaust decided not to stay in Poland and soon left it for e.g. the USA or Israel. 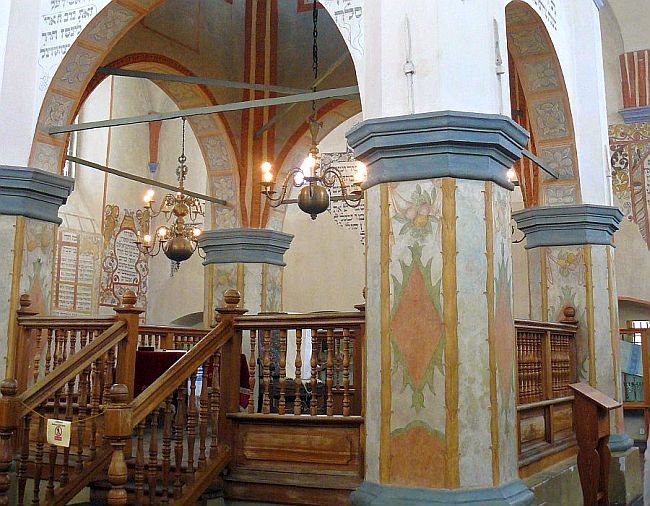 Without question, it was also Jews who contributed to the growth of the Polish towns, villages and the region itself, but World War II not only took people’s life,  but also destroyed the magnificence of the buildings. There used to be people, wooden and brick synagogues, houses of prayers, schools, homes, shops, etc. but now what has left is the remains of the buildings, cemeteries and the Jewish heritage that some people in the Podlasie region e.g. historians, volunteers, young people, non-Jewish Poles try to keep for future generations.

Following the traces of Jewish presence in the Podlaskie region you must see the undoubtedly beautiful Great Synagogue in Tykocin built in 1642. During the War the Nazis stole some of the rich furnishings and used it as a warehouse. In 1965 it was partially destroyed by fire but fortunately renovated in 1970s. In 1941 Tykocin was inhabited by 2300 Jews and now there are no Jews in the town, but every year thousands of tourists come here to see that magnificent temple. It’s really worth visiting because of a large collection of Jewish memorabilia.

The presence of Jews in Orla dates back to the 16th . It was one of the oldest and most powerful Jewish communities in Eastern Poland. In 1939 more than 60% of the inhabitants were Jews. One of the most marvellous buildings here was the Great Synagogue. The brick synagogue founded in the second quarter of the 17th century replaced the wooden one. In 1938 the fire devastated the synagogue but soon the burnt roof was repaired. It had a breathtaking interior with the great Aron Ha-Kodesh (the place where the Torah is kept). Another impressive feature was colourful frescoes with animal and plant motifs on the walls. During the Second World War it was used as a hospital and storehouse. The towering synagogue luckily survived the war. The interior decoration was destroyed during the war, but the building itself has been under reconstruction for many years.

It’s so moving when you explore the old Jewish cemeteries in the area that aren’t sometimes so easy to find. They’re hidden somewhere between trees, on the outskirts of the villages and towns or behind the old walls. Thanks to maps or local people finding damaged and forgotten matzevahs (headstones or tombstones marking graves) in Krynki, Knyszyn,  Narewka, Dąbrowa Białostocka, Michałowo, Sokółka and other places is possible.  Luckily, they’re still with the inscriptions in Hebrew or Yiddish. The Nazi goal was to destroy the matzevahs, but they survived unlike many family members who used to take care of them.  What a pity that there are no wooden matzevahs in the region since they didn’t manage to survive. 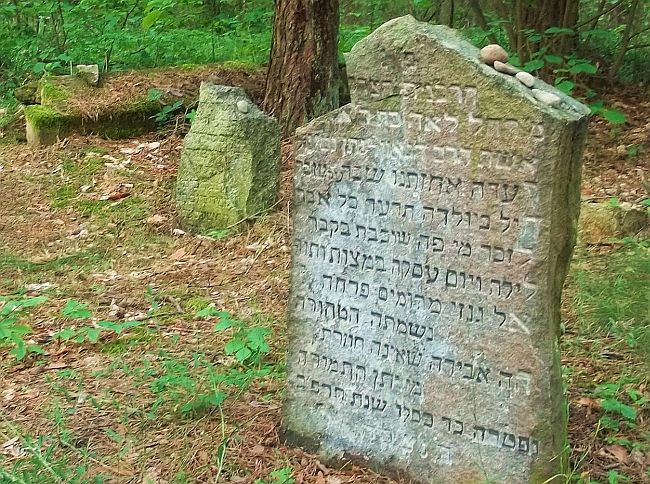 The largest Jewish cemetery in Białystok is situated on Wschodnia Street in the northern part of the city. It was established around 1890. Before World War II more than 60% of Białystok inhabitants were Jewish. In the part that is close to the main entrance you can find a lot of graves of presumably rich people with interesting ornaments, whereas in the other part there are more modest graves. Most of them have inscriptions in Hebrew, but also in Polish, Yiddish and Russian. In the middle of the cemetery there’s an ohel (a structure built over a grave as a sign of a prominent citizen buried in this place) of rabbi Chaim Hertz Halpern (d.  1919)  as well as a monument commemorating the pogrom of 1906.

To experience more and find out something about the Jewish community you can always take part in the Jewish Culture Festival “Zakhor-Color and Sound” in Bialystok which started 9 years ago. The idea of the festival is to care about the Jewish tradition and popularize its culture. It offers Jewish and Israeli dances, Jewish music and tasting kosher cuisine. What’s more, you can listen to the lectures about the Jews in Eastern Europe.